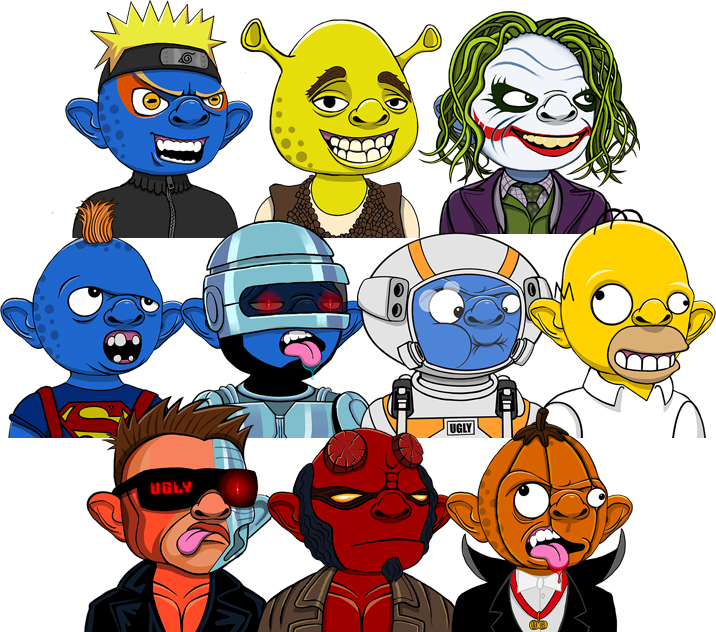 This is the ugliest revenue generating NFT you can get your hands on, and the project has also delivered on its promise relating to their dating-app game, Tind… I mean MINGER.

Now, for those who do not know, the word Minger in the UK is not a term of endearment. Minger is a word we Brits would use to describe an individual we personally find unattractive and repulsive. And that is the Bumping Uglies all over.

This project is no stranger to the Cardano blockchain and released its first grotesque batch of 5000 hand-drawn and digitally illustrated tokens back in November 2021. The project intends to release, 10000 bumping Uglies NFTs in total, but not before they release their play to earn dating game. The aim of the game is to bump/mate with the Ugly you most like and breed a new token, and interact with your NFT as it grows with the desired, inherited traits. Earning your ADA along the way.

The project has been working away tirelessly over the last 6 months and is gearing up for its next release of NFTs with extra traits. Also, a beta version of the game has already been released in the projects discord and the community have tested it well, with over 1000 uglies having already done the dirty! Players can also earn ADA by studding their uglies out, just like you would a Thoroughbred racehorse. So, if you minted yourself a token with a particularly hideous feature, you can set the studding price to match. Top studs can earn up to 50 ADA per trait!

All uglies are unisex, and they can both breed and stud. And to keep the collection at 10000 every time a new ugly is born the mother of that token will be burnt/destroyed. The project will also be introducing special and seasonal drops along its roadmap to mix things up a bit.

The team behind the project are not afraid to show their face (doxx) and the founder Loftlad even has several YouTube videos of himself creating artwork and walking through their white paper.

To say this project is underrated is an understatement, even with a discord community of over 6000 strong and the potential to make some serious gains, more interest should be paid to this creative project.

Many are now sweeping the secondary market and joining their wallets to the Minger dating-app game and raising their own little, money-making uglies.