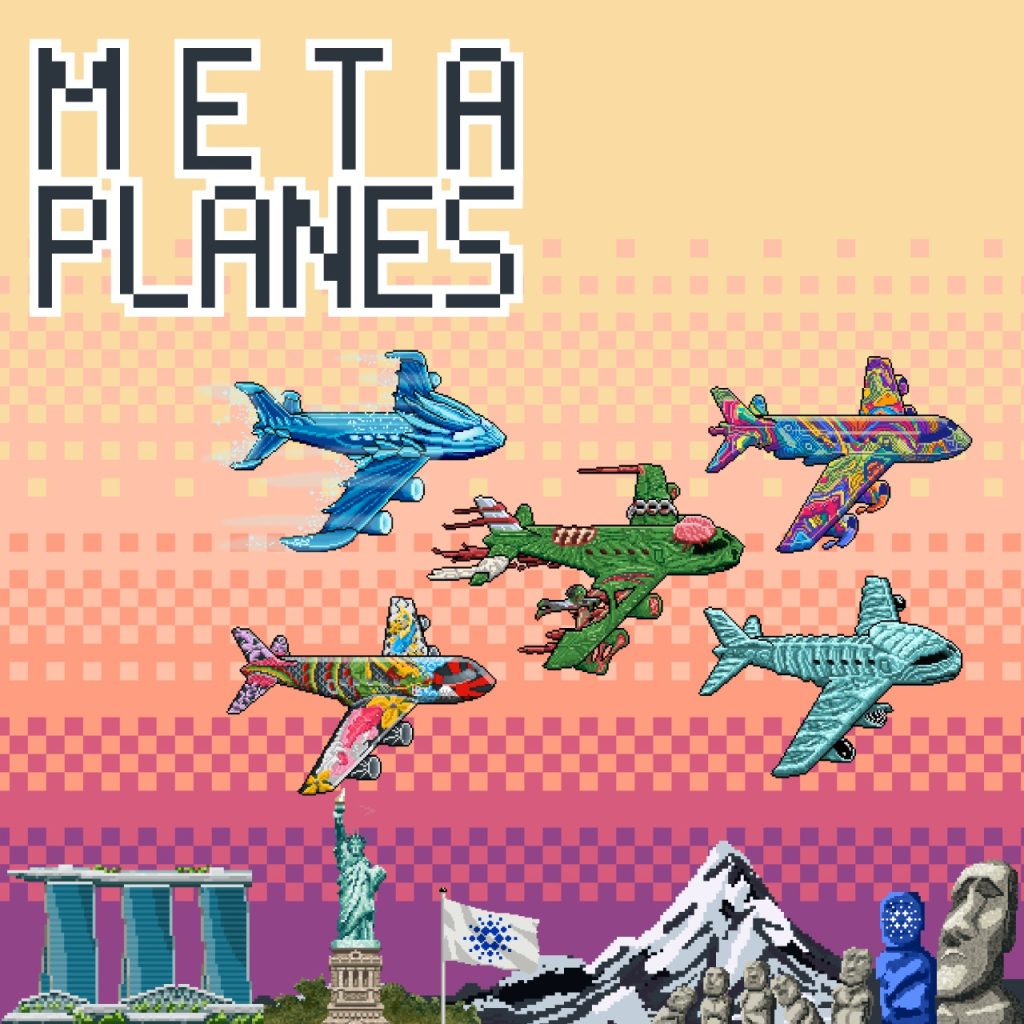 Ladies and gentlemen, the captain has turned on the Fasten Seat Belt sign. If you haven’t already done so, please stow your carry-on luggage underneath the seat in front of you or in an overhead bin. Please take your seat and fasten your seat belt. And also make sure your seat back and folding trays are in their full upright position.

Introducing Metaplanes NFT project, the first project that aims to provide travel between metaverses. This is a project with a collection of perfectly pixelated, uniquely hand-drawn planes flying the skies of the Cardano blockchain. No strange to the blockchain, this project has already brought you a stunning collection of 3333 creative planes for you to mint now! The Metaplanes Project is also building strong connections with other projects, proving collaboration Planes for a long list of well-known community driven projects.

Now soaring through the Second stage of their AIRMAP (roadmap) the project is growing fast and has so much more to offer then outstanding Metaplanes. The project is now finalising its tokenomics for its own native currency, providing a community pool, implementing a staking reward system, and as stated, is putting together its boutique collaboration collection for the project’s OG holders (with plans to drop a public G1.5).

Just check out these beauties…

The project is also a decentralised autonomous organization (DAO) and will be using its royalties to provide charitable donations and to stabilise its own floor price if the need arises. The project will be looking to its own community to help with some of the decision-making and project direction. With ambitions a high as their plans (about, 37000 feet), the project is now working on the concept and artwork of its G2 drop of 3333 NFT fighter planes and 3D rendering of the G1 collection launched in Q1. The project is also working with metaverse project to have their plans feature in their worlds where you can interact with your plane on a pre-determined flight within that world.

Looking to the future, the project also aims to offer a wrapping service for your aircraft, where you can have your own plane covered in your favourite tokens to flex to other budding pilots and is also working on providing holders with a hangar to show off your aircraft. You won’t be disappointed with where this project is planning on taking you as an early investor and has its community as a priority, just checking out the project’s AIRMAP you can see that gamification and metaverse integration is their goal and with reward such as real airline tickets and a host of other benefits for its original members it would be a wise idea to get involved in this project now.