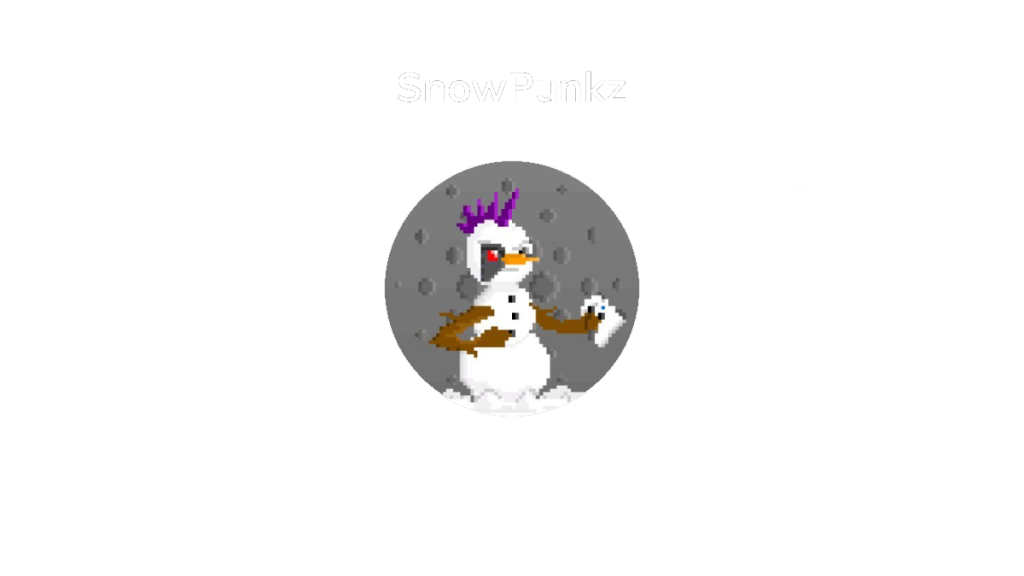 SnowPunkz announced their 1st public mint phase on the 10th of January. This is a fun and interactive collection of 8.888 unique SnowPunkz! As a community-driven NFT project, their goal is to reward their holders. The development team and designers are working away on utility projects as soon as the sale is over.

There will be a user-friendly marketplace with a clean and snowy look and feel! They also are building several smart applications on the Cardano blockchain.

40 % of the SnowPunkz sales will be invested to the development and marketing of new applications. Which means that these SnowPunkz’ won’t stop after the mint! After feedback from the SnowPunkz community, they will also develop the SnowPunkz FPS game!

The holders which hold three original SnowPunkz are getting one 3D SnowPunk airdropped! That means if you got six of ‘m, you will receive two 3D SnowPunkz airdropped! Imagine playing this FPS game with a snowman with a purple Mohawk and a machine-gun in his hands! The mint also contains 20 legendary SnowPunkz. They have four legendary so-called dragon SnowPunkz.

The ones who will mint on of these will not only be the proud owner of a legendary SnowPunk, but you will also receive a bag of ADA on each of these legendary’s. If you mint the green dragon you will receive 250ADA, the red one will get you 750 ADA. The blue one will get you 1500 ADA, The lucky one that will mint the golden dragon will receive 2500 ADA!!!

As if minting a legendary isn’t awesome enough!! If you think that holders are still not getting rewarded enough? They are also donating a generous portion of snowballs of the complete mint to a further by community voted foundation which will do something against global warming. As that is the SnowPunkz priority!

The beautiful part of it is that they do it with their community, for their community! Check out their Snowpaper on the website and get yourself some cool SnowPunkz! The 1st public sale is live now! Follow their Discord and go get your SnowPunk on https://snowpunkz.io/mint Only 600 mints left!!

The mint price will be much higher in the next phase as utility and demand are rising!